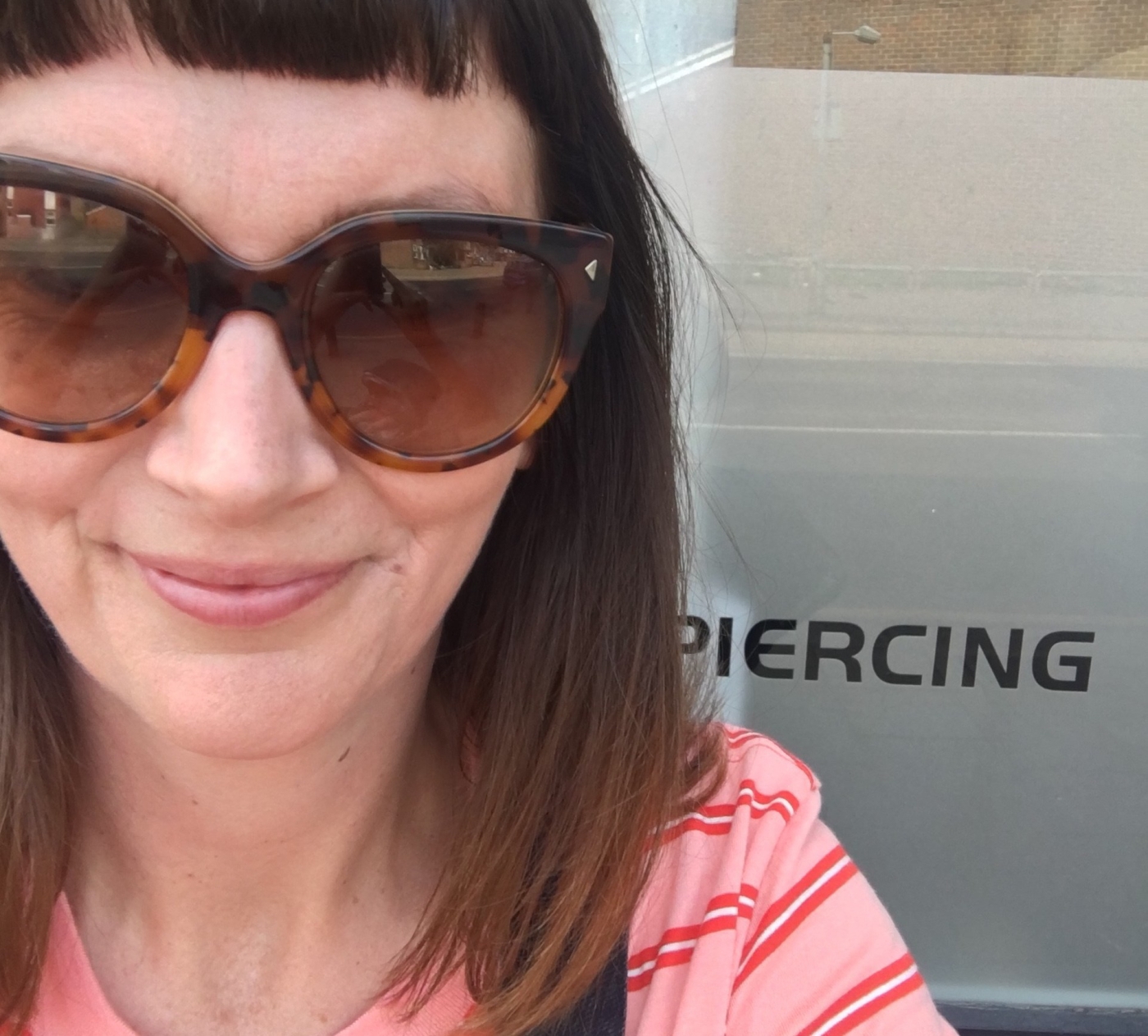 So I might be having a mid-maternity leave crisis. I just tried to get my nose re-pierced. I traipsed all the way to this tattoo shop in Earlsfield only to be told by a very responsible man who was more piercing than face that I couldn’t have it done whilst breastfeeding. I was strangely gutted. The last time I had my beak pierced I was nineteen years old and rampaging around the wilds of South America, wearing head-to-toe “local” clothing (the kind that marks you out as anything but local), downing tequila from the bottle and passing out on the street. The “gap” in gap year actually stands for memory gaps. I fear I am trying to recapture a sliver of that heady, heady freedom as I slide irrevocably into domesticity. And I am sliding. Last night after I put Bella to bed I found myself cleaning the kitchen. Rather than sitting down on the sofa with a jumbo bag of Hula Hoops, a well-deserved glass of Gavi and another episode of Say Yes to the Dress, I was marigolded and vigorously scrubbing the top of the washing machine. The top of the washing machine. Then the draining board. The draining board. And then I looked at our bargain washing up liquid and thought “well, it really comes out too fast, so actually although that was cheaper it’s a false economy.”

That was how I knew I had changed. Ask Phil, ask my mum, ask my old flatmates, I have never been a particularly conscientious person when it comes to cleaning. Not cleaning myself, there I am on point, but house cleanliness. I mean I am not unhygienic and don’t live in my own swill, but let’s just say I used to have a laissez-faire attitude to it all. One particular highlight from my younger flatshare days was when I let a cup of hot chocolate grow mould under my bed (the kind of mould that is so fluffy it almost looks like a pet you want to keep). It was my flatmate’s Newcastle United FC cup, a treasured piece of Toon Army paraphernalia, but rather than wash it I threw it straight in the bin. At university the cleaner for our halls went on strike after we wore her down with our mould growing antics and our insistence on using the carpets as wardrobes. See, laissez-faire.

Since having Bella and being at home more I can feel myself turning more and more domestic. Day by day I feel myself slipping into the stereotype of the stay at home mum as I run around the flat trying to tidy things whilst Bella is either asleep or distracted. Both of these things could end at any given moment so it adds an air of jeopardy to proceedings, like the Supermarket Sweep of cleaning. But this means that you learn to grab every minute you can to DO STUFF, because you might not get a single second, you might get ten minutes or on exceptionally lucky days when a butterfly in outer Bolivia has flapped its wings at the right time, you might get a WHOLE HOUR.

It is also changing my relationship with Phil, as I slide irrevocably into domesticity. Before Bella I saw us as best friends with no real roles. In fact Phil is far better at cooking and far more attentive to cleaning than I am, but now I am evolving into lady-about-house. It is my responsibility to look after Bella, corral the never-ending stream of laundry, mop up the vomit, soak the poo stains, empty the nappy bin, tidy the toys away, sanitise the bejesus out of everything she touches and wash the dishes on a daily basis. And this isn’t because Phil asks me to or expects me to, it’s just a natural evolution because I am at home a lot of the day and I don’t want to spend time in a flat that smells pervasively of baby poo.

As well as the daily chores that come as a side dish to looking after a baby, there are also a PLETHORA of daily decisions that have become my responsibility. These are on a spectrum, from tiny choices such as what to pack in her nappy bag (beyond the obvious nappies) to more momentous ones like when we start weaning. Sometimes I talk to myself about these, boring my way to a resolution. Sometimes Phil gets this treat. Last night was a classic example. In what world does which clothes we put her in at night when it’s 22 degrees outside require a 30-minute monologue? “Shall we put her in the sleep suit and the vest? Or just the vest? But then maybe her arms will get cold? And the sleeping bag or just a blanket? And should we open the window, but what about the foxes that make very loud sweet fox love outside her window every night at 5am?” AND SO ON.

I never expected us to change into the traditional stereotype of mum and dad, yet it happened within weeks of her being born. This has not only made me question myself but has also really dented my confidence. Firstly I never saw myself in this role, I was WORKING WOMAN, at the office for twelve hour days on conference calls with China with a headset that made me feel like a cross between Sigourney Weaver in Working Girl and a 90s Madonna.  Secondly, I am also fundamentally just not very good at running a household. I am the opposite of a domestic goddess. If there was such a celestial being I think she would be called Hooverite, and she would send me to domestic goddess purgatory to clean public bathrooms with only a toothbrush and my own spit until I got good at it. I am not one of those people who has Tuppawear in different sizes (I don’t in fact have any Tuppawear at all), I always put colours in with the whites and am constantly surprised when nice crisp shirts turn a mottled pink, I seem to iron creases into clothes, and I can’t really wash up properly, my plates always have bits of stubborn cheese stuck to them. I no longer grow mould in receptacles under my bed, but I just don’t have the type of brain that lends itself to efficient domesticity.

So I am learning as I go, and some days this stresses me out more than it should and has given me a mid-maternity leave crisis. I am a work in progress. A slow work in progress. Yesterday when washing I turned a white cushion; you guessed it, mottled pink. It will be interesting to see what happens when I go back to work and am not spending twenty hours a day in the house. But for the moment this is the new normal. I am one crinoline skirt shy of being a 1950s housewife. And for the first time I get why 1950s housewives had a well-known addiction to speed. 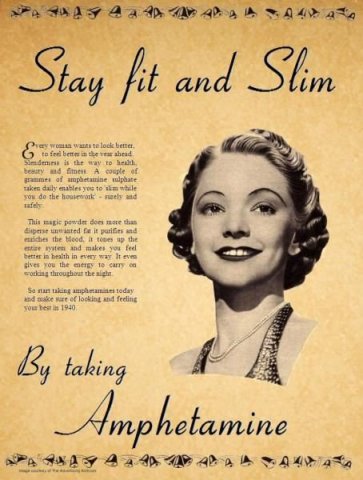